by Jean-Yves Masse in Non classé

On October 28 Philippe Gildas died, aged 82. For ‘millennials’ and non-French people who might not know him, he was one of the greatest men of French television. A journalist, both on TV and radio, he was Director of the Europe 1 radio station before joining Canal + in 1985. Best known for having co-hosted the cult TV show Nulle part ailleurs (Nowhere Else) with Antoine De Caunes for ten years, he was also the inventor of the top 50 (kind of French Top of the Charts) and without him “Restos du Cœur” (a French charity distributing hot meals for the needy) would probably never have existed.

Nulle part ailleurs… another time. The beginning of infotainment. Pure moments of happiness for me, the thirty-year-old’s viewer of the 90’s (a time when people could also watch TV without taking the risk of being spied on). An era during which people worked hard without taking things too seriously at Canal+ (but also in the company which employed me at the time), where intelligence went hand in hand with irreverence (The Show puppets were allowed to mock the management of their own channel). A time also of apparent carelessness but during which journalists were shifting the lines skilfully. The puppet of Chirac constantly eating apples, had finally made the namesake candidate friendly to better push back the Front National during the presidential elections of 1995. It was an era where there was no need of “code of conduct” in companies, political correctness having not yet finished anesthetizing all available brains.

Back to Philippe Gildas. Upon the announcement of his death, this man was universally praised, each person as laudatory as the next. “Gildas high class”, “the best boss I’ve ever had”, “professionalism and exceptional kindness”, etc. The list of compliments is long and unanimous.

Watching on YouTube the Canal+ programs of those days is enough to understand what has made the so-called Esprit Canal+ (the specific wit of Canal+). The variety and quality of the programs was outstanding but more impressive were the innovation and the risk taking. Observing Philippe Gildas was a delight: acting as a Chief conductor, present but reserved, careful, rigorous, protective, precise like a sniper when correcting a comment, at ease as he was able to put his columnists and guests at ease. His sharp gaze and permanent smile was a combo that gave him an unstoppable charisma. He was obviously a role-model for all apprentice program leaders.

Testimonies describe Philippe Gildas as a workaholic, passionate, sometimes hot-tempered but who knew perfectly how to guide, develop, adjust his employees with tact and an unparalleled finesse, which led to a demanding and intensively creative atmosphere of sharing, fun work and delivery of unforgettable broadcasts. His 5.4 feet height, often lovingly mocked (he was often the first to mock himself) did not alter in any way the real dimension of the character. Short in height but a great boss who didn’t need to act the role of… a big boss.

There are many reports available on the former golden era of Gildas, who together with others (De Greef, Rousselet, Lescure and Denisot), managed through outspokenness and experimentation to raise Canal+ to the well-known level of excellence it had by then. Many also are the revelations about the climate of fear that has marked the atmosphere, since Canal + flies under the Vivendi flag. The new boss of the TV channel, Vincent Bolloré is the exact opposite of Philippe Gildas. He loves to gather his employees in a theatre (he owns) to show off on stage, bragging and threatening as the alpha-male he apparently is.
A noxious atmosphere causing the flight of many talents to other channels as they are probably tired of livig in perpetual fear of retaliation when a good word of theirs might offend the sensibilities of the boss (or of his political friends). Kindness vs fear, humbleness vs arrogance and triumphant posture…but at the same time high TV ratings vs massive cancellation of subscriptions. Many subscribers including myself do not watch the channel any longer as it has completely lost it’s soul (except for some series).

The inspiring legacy of Philippe Gildas sounds like a fable that could complement perfectly the many stories illustrating the excellent book written by Simon Sinek Leaders eat last (Pearson). This is a book about the relationship between the concept of leadership and the release of certain hormones that are unique to the human race. The hormones that have allowed the mankind to survive and to establish itself as “dominant species” (precarious statement with respect to environmental threats).

It would be reductive to sum up what is probably one of the best books on leadership (there exist apparently more than twenty-five thousand…) in a story of hormones. We know how appropriately Simon Sinek managed to link performance and success in business with biology and anthropology – also read his book, you’ll see, it’s exciting.

But to tease you a bit, say that roughly six key hormones govern our individual system and consequently any group dynamics, whether we talk our ancestors hunting to provide for the clan, teams in modern business or the marine corps.

We’re talking about endorphins, dopamine, adrenaline, cortisol, serotonin and oxytocin. All have a specific and useful function. Endorphins and dopamine are ‘selfish molecules’ in the sense that they help us, individuals, to find the resources within us to progress. Serotonin and oxytocin are “altruistic molecules” that are there to strengthen our social ties. Finally, the adrenaline and cortisol are molecules of stress.

Let us take a very quick shortcut: it is because he is a “social animal” that the mankind has survived against the fiercest predators. Without a mutual assistance there is no survival. And where there is mutual assistance, there are relationships between individuals. This link is due to the oxytocin – ‘the hormone of love’. To release this ever-so important hormone, it takes time but it requires especially a crucial ingredient: confidence. As confident and serene, we turn to others, contributing in turn to the release of new doses of oxytocin. Virtuous circle!

On the other hand in toxic work environments, it is the stress hormone, the cortisol that takes over. Cortisol has a very harmful effect on our health. It would be at the origin of a weakening of the immune system and in fact promote cardiovascular disease, diabetes, and even some cancers. It encourages especially paranoia, pettiness and all other deviant behaviours which we sometimes like to laugh about when they do not directly concern us.

Dopamine is also a positive hormone. It is important because facing adversity it encourages us to persevere. It represents the feeling of satisfaction when we have reached a goal. But its effect is different from oxytocin’s. Unlike the latter, the effect of dopamine is short-lived. This is a shot which satisfies us in the immediate future but whose effect remains “superficial.” Simon Sinek describes very well how social networks make us all addicted to dopamine. Each ‘like’ on Facebook (and LinkedIn) brings us a satisfaction that conditions us to continually check on our device, if we have received new ones.

Serotonin (the hormone of recognition) and oxytocin especially, are of a different ilk. It takes some effort to ensure continuous release of oxytocin, whether you are a parent, spouse, partner, sport coach or manager. But the result is worth it. When people are feeling loved and protected inside their circle (family, sports, professional), then they can focus on the external threats and challenges. And then they can perform and deliver at their best.

In summary, according to Simon Sinek, what distinguishes a true leader from a simple manager is this ability to make people release positive hormones in a balanced way and protect them from the negative molecules. The examples that illustrate this approach are numerous and very well chosen in the book.

In the newspaper Le Parisien on 28 October, there was an article on Yann Saillour, a brave police officer seriously injured when trying to catch an armed robber in October 2015. Marked by serious and irreversible consequences, this courageous officer, decorated with the Legion of honour had however still not been compensated. Questioned by the newspaper, his father was “disgusted” of seeing his son treated this way while violence is at the heart of the speech of any French politicians. What should we think of our elected officials – whatever their political ideology – if they cannot ensure that we citizens feel protected and fairly treated when we accomplish our mission. In the case of Yann Saillour, the concerned politicians can be qualified as ‘ elite’ maybe but certainly not as leaders.

I had the chance to work with many good managers, of whom some were real leaders, they were rare however. (Philippe, Sylvie, Joel, Antonio, Bo and Ulf will recognize themselves).

Between the know-it-all manager who expects their employees to obey like sheep (leader-sheep?), the manager dressing up to shine on stage while his/her speech has no depth whatsoever (leader-chic?), the one who does not pay attention to our work but bombards us with superficial compliments (leader-cheap?), the micro-manager communicating through mail work orders (leader-sheet?) and finally the narcissist raising the team members against each other (leader-shit?), they all see themselves as great leaders without even having a clue about what it means. They would be well advised to read Leaders eat last.

There are companies where the word leadership just like team spirit, working together, inspiration, diversity, is used as a mantra. It is yet in these same companies sometimes that employees spend Christmas or Summer with their family knowing that their positions will no longer exist a couple of weeks later, that competent co-workers in their fifties are treated as simple discontinued products, that employees loyal and assertive enough to challenge the shortcomings for the sake of the business become ostracized as they are seen as ‘negative’ and not ‘corporate ‘ enough. Leadership really?

But there are also companies that liked Canal+ during its glorious Decade (1987-1997) that release the creativity, maintain a relaxed but serious working atmosphere, hold long-term views rather than focusing on quarterly reports, that ensure their teams to grow in a serene climate. Maybe in these companies we can talk on them having “spark and soul’, in the same way as people spoke at the time of Canal+ as being full of energy and spark. 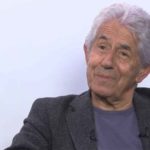 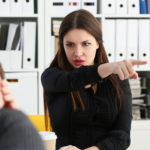